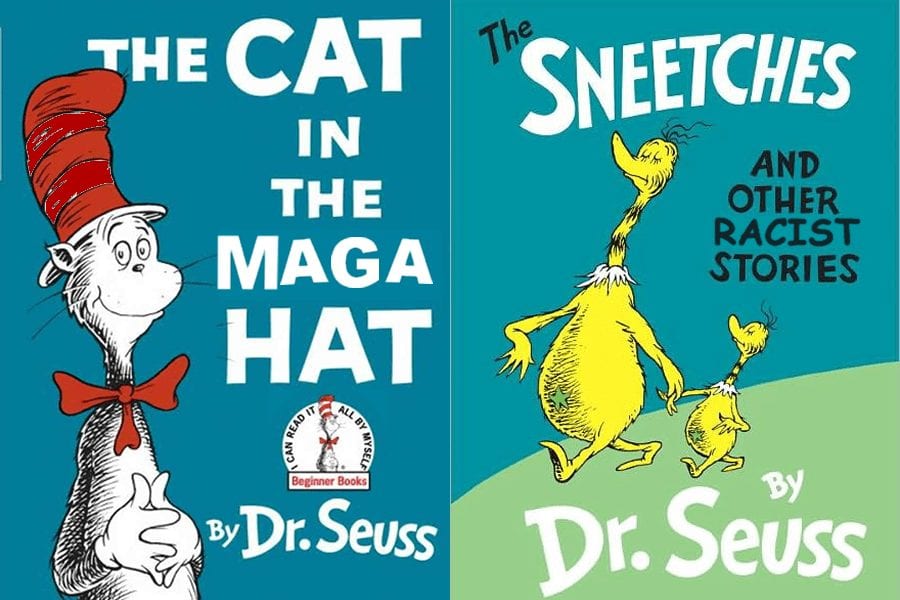 On a scale of one to ferociously outraged, liberals have turned the dial all the way to eleven. The latest anti-Trump outrage comes to us from a librarian from Massachusetts who decided to reject a donation of Dr. Seuss books from Melania Trump.

Rather than sending them on to another school or library that might want the books, Liz Phipps Soeiro, a librarian at the Cambridge library decided to use this as an opportunity to make a political statement.

She sent the books back and wrote a letter that was published online for maximum exposure. Here are a few experts from Soeiro’s letter:

“Why not go out of your way to gift books to underfunded and underprivileged communities that continue to be marginalized and maligned by policies put in place by Secretary of Education Betsy DeVos?”

“So, my school doesn’t have a NEED for these books. And then there’s the matter of the books themselves. You may not be aware of this, but Dr. Seuss is a bit of a cliché, a tired and worn ambassador for children’s literature.”

“Another fact that many people are unaware of is that Dr. Seuss’s illustrations are steeped in racist propaganda, caricatures, and harmful stereotypes. Open one of his books (If I Ran a Zoo or And to Think That I Saw It On Mulberry Street, for example), and you’ll see the racist mockery in his art.”

Ms. Soeiro is right, most people are unaware of Dr. Seuss’s racist propaganda. That is because Dr. Sueuss did not publish racist propaganda. Herein lies the over-politicization of our beloved childhood treasures and the hypocritical over-reach of the radical left.

Our traditional values are under assault. Little to nothing is sacred to those who want to force a political ideology upon God-fearing conservatives who want to raise a family, own a home and work hard.

Just like the attacks on American patriotism disguised as a protest for equality by NFL players, this protest highlights the hypocrisy of the left. In the NFL it’s not ok to honor your faith by praying on the field or wear stickers to honor fallen police officers, however, they did allow players to insult veterans by kneeling during the national anthem. In the case of Ms. Soeiro’s use of her public librarian job for a political platform, her hypocrisy can be summed up in these photos:

The battle for forced political correctness is maniacal. Overprotection by the liberal controlled media is what prevented Robert Lee, an Asian American sports broadcaster from calling a football game because ESPN thought some people might confuse him with the confederate civil war general, Robert E. Lee. Students at Oberlin University demanded to be paid an hourly wage for the time they spent protesting the “cultural appropriation” of the food served in the cafeteria. These are just a few examples of liberals gone crazy.

This madness is a distraction we do not want. We are grateful to have a President who stands up for American values and calls out the ridiculous agenda the left is using to foolishly shame the 63 Million people who voted for Trump.