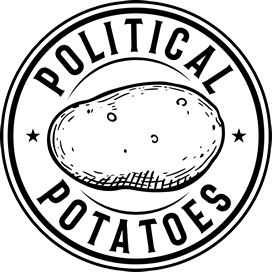 We all have that guilty pleasure show we watch. That one that you know is full of plot holes, shallow characters and mediocre writing that you just can’t stop binge-watching.

For my wife, that show was Lucifer, a formulaic crime show about a well dressed female detective who somehow can’t solve crimes without the help of a consultant with some kind of parlor trick. In this case, her unqualified consulting detective also happened to be the devil on earth trying to be good. Yeah, I did not understand it either, but I’m not about to make the mistake of criticizing my wife’s streaming choices.

One day, I walked in during the middle of an episode where Detective Decker charged in to save Lucifer, who is trapped by the villain you saw coming halfway through the show.

Decker drew her Glock 19 from its holster and raised her weapon at the villain’s head. That’s when I heard that all too familiar clicking sound of a hammer being cocked. That’s right, she cocked her Glock.

I asked my wife to pause the show as I spent the next five minutes fuming at the sheer stupidity of this. How idiotic does Hollywood think we are to believe that a Glock has a hammer? Even if the detective had a 1911, why would anyone attempt to move their hand position to cock the weapon and disrupt their aim? My wife, of course, suggested that I stop overthinking this and just enjoy the show. I shook my head in disbelief.

Looking back at most TV shows and movies, you’ll notice that every time a gun is raised, you’ll hear the audible click or racking sound. Guns rattle every time they move and magazines magically never run out of ammo. These are the lies Hollywood sells about guns, perpetrated by the same people who push for gun control.

It does not matter that the cocking sound is added to enhance the drama of a scene because the visual of a gun drawn is not enough for Hollywood to sell a story. They are lying about how guns work. Their repetition of the lie reinforces something we know is wrong making Glock Cocking Hollywood’s a perfect example of gaslighting. They know how guns work, they hire experts to manage the weapons and yet they don’t care. It’s more important to them that you feel more connected to their art than being honest. To them we are too stupid to know any better and perpetuating this myth repeatedly erases our ability to notice the subtle lies and we go on being entertained while they profit.

They do this with guns, sexuality, social justice, unrealistic relationships, and drugs. The repetition of the lies is designed to programs us to normalize behaviors we would normally find disagreeable.

We hand over our money for the movies and streaming subscriptions that keep us smiling as our values slowly erode.

Think of Glock Cocking as every little lie woke Hollywood is trying to sell you.

Next time you sit down and binge the latest season of your favorite show, pay attention to the Glock Cocking. It’s the sound of your entertained brain being reprogramed and your soul dying just a little bit more.