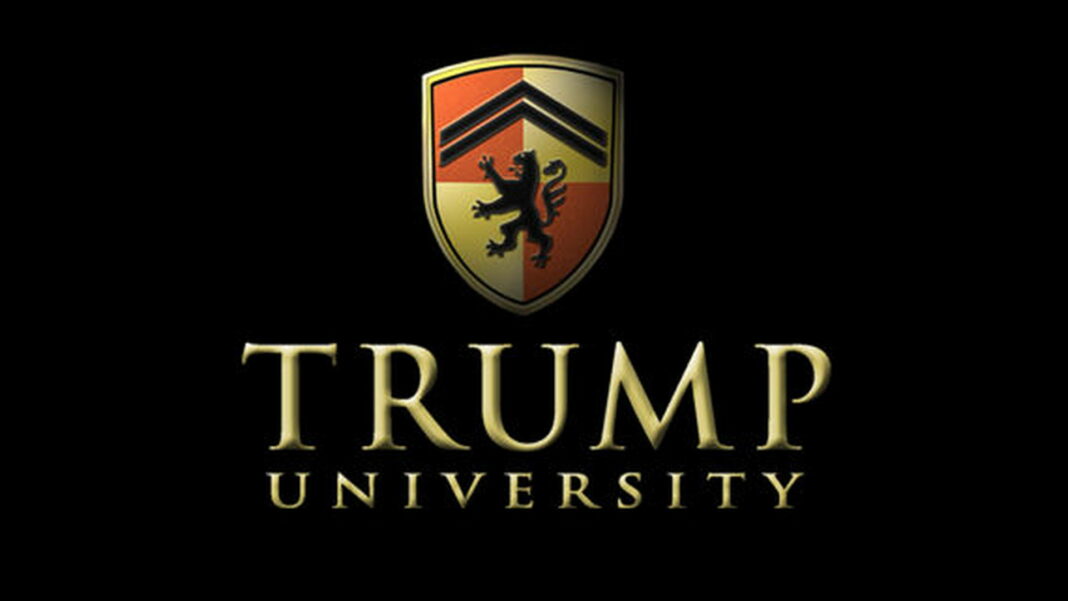 In 2007 an American citizen was allegedly waterboarded in Provo, Utah as motivation to sell Trump University training.

“Would I approve waterboarding? … I would — in a heartbeat,” Trump proclaimed at a rally in Columbus, Ohio, according to The Washington Post. “And I would approve more than that. Don’t kid yourself, folks. It works, okay? It works. Only a stupid person would say it doesn’t work.”

The question is, would Trump perform the waterboarding himself, or is there anyone else who shares his approval of “the controversial interrogation technique discontinued by the Obama administration”?

Well, according to another Washington Post story, Trump may not be the only American comfortable with the practice.

In 2007, the newspaper reports, “Chad Hudgens was waterboarded outside a Provo (Utah) office park…right before lunch, by his boss.”

“There is also general agreement that Hudgens volunteered for the ‘team-building exercise,’” the Washington Post went on to report, “that he lay on his back with his head downhill, and that co-workers knelt on either side of him, pinning the young sales rep down while their supervisor poured water from a gallon jug over his nose and mouth.”

According to the Salt Lake Tribune, “Hudgens, who was 26 at the time, volunteered in order to ‘prove his loyalty and determination.’”

However, Hudgens filed a lawsuit after the event took place. A Wired.com story says “Hudgens soon developed depression and anxiety due to the trauma and left Prosper, according to the suit.”

According to reports, Hudgens’ supervisor, Joshua Christopherson, waterboarded his subordinate in front of his peers as a way to motivate them. Prosper Inc. was described by the Washington Post as a company “which sells a combination of online and personalized instruction — packaged as ‘coaching’ and running $3,000 to $15,000 — to customers who are solicited by telephone.”

After the waterboarding went down, the article states, “Christopherson, then told the assembled sales team, whose numbers had been lagging: ‘You saw how hard Chad fought for air right there. I want you to go back inside and fight that hard to make sales.’”

But here’s the kicker: the article reports that “the morning Hudgens said he thought he was going to drown, his team was calling on behalf of ‘Trump University,’ pitching real estate instruction to people who had attended a Trump seminar.”

Trump University has since made headlines for coming under heavy fire, most notably in the form of a $40 million civil suit. According to the New York Times, the lawsuit “accused Mr. Trump, the Trump Organization and others involved with the school of running it as an unlicensed educational institution from 2005 to 2011 and making false claims about its classes in what was described as ‘an elaborate bait-and-switch.’”

The Times story states, “Mr. Trump appeared in advertisements for the school making ‘false promises’ to persuade more than 5,000 people around the country — including 600 New Yorkers — ‘to spend tens of thousands of dollars they couldn’t afford for lessons they never got.’

“The advertisements claimed, for instance, that Mr. Trump had handpicked instructors to teach students ‘a systematic method for investing in real estate.’ But according to the lawsuit, Mr. Trump had not chosen even a single instructor at the school and had not created the curriculums for any of its courses.”

We now know at least one way to which people were persuaded to enroll in Trump University: Phone calls from the waterboarding-motivated sales team.

Now that Donald Trump is the GOP nominee, it may be wise to air all of his Trump University scandals now while Clinton battles her own slow drip email scandal releases.

Update 8/19/19: Trump went on to win the election and became the 45th President of the United States. The Trump University lawsuit was settled and the President went on to deliver on his campaign promise to “Make America Great Again”. Hillary Clinton continues to whine about her loss to this day